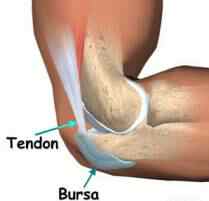 The largest tendon in the body, the Achilles tendon is a cord connecting the calf muscles to the heel bone. Also called the ?cord of Achilles,? the tendon gets its name from the hero of Greek myth. According to legend, Achilles was invulnerable everywhere but his heel, where a poisoned arrow eventually felled him. Because the blood supply to the Achilles tendon lessens with age, the tendon becomes vulnerable to inflammation and rupture, a fact which makes it a true ?Achilles heel? for many older patients. Achilles tendon injuries are also common among athletes and those who engage in more physically demanding activity.

Causes
The Achilles tendon is most commonly injured by sudden plantarflexion or dorsiflexion of the ankle, or by forced dorsiflexion of the ankle outside its normal range of motion. Other mechanisms by which the Achilles can be torn involve sudden direct trauma to the tendon, or sudden activation of the Achilles after atrophy from prolonged periods of inactivity. Some other common tears can occur from overuse while participating in intense sports. Twisting or jerking motions can also contribute to injury. Fluoroquinolone antibiotics, famously ciprofloxacin, are known to increase the risk of tendon rupture, particularly achilles.

Symptoms
Patients who suffer an acute rupture of the Achilles tendon often report hearing a “pop” or “snap.” Patients usually have severe pain the back of the lower leg near the heel. This may or may not be accompanied by swelling. Additionally, because the function of the Achilles tendon is to enable plantarflexion (bending the foot downward), patients often have difficulty walking or standing up on their toes.

Diagnosis
The diagnosis is usually made on the basis of symptoms, the history of the injury and a doctor’s examination. The doctor may look at your walking and observe whether you can stand on tiptoe. She/he may test the tendon using a method called Thompson’s test (also known as the calf squeeze test). In this test, you will be asked to lie face down on the examination bench and to bend your knee. The doctor will gently squeeze the calf muscles at the back of your leg, and observe how the ankle moves. If the Achilles tendon is OK, the calf squeeze will make the foot point briefly away from the leg (a movement called plantar flexion). This is quite an accurate test for Achilles tendon rupture. If the diagnosis is uncertain, an ultrasound or MRI scan may help. An Achilles tendon rupture is sometimes difficult to diagnose and can be missed on first assessment. It is important for both doctors and patients to be aware of this and to look carefully for an Achilles tendon rupture if it is suspected.

Non Surgical Treatment
The treatments of Achilles tendonitis include resting the painful Achilles tendon will allow the inflammation to subside and allow for healing. A period of rest after the onset of symptoms is important in controlling Achilles tendonitis. In patients who have more significant symptoms, a period of immobilization can help. Either a removable walking boot or a cast can allow the inflamed tendon to cool down quickly. A heel wedge can be inserted into the shoe to minimize the stress on the Achilles tendon. These can be placed in both athletic and work shoes. Applying ice to the area of inflammation can help stimulate blood flow to the area and relieve the pain associated with inflammation. Apply ice several times a day, including after exercise. The pain and swelling most commonly associated with Achilles tendonitis can be improved with non-steroidal, anti-inflammatory medications (NSAIDs) which include Celebrex?, Advil?, Motrin?, Naprosyn?. Be sure to consult your physician before starting any medications. Physical therapists can help formulate a stretching and rehabilitation program to improve flexibility of the Achilles tendon. Cortisone injections should not be used for Achilles tendonitis. Studies have shown an increased incidence of Achilles tendon rupture after cortisone injections.

Surgical Treatment
Unlike other diseases of the Achilles tendon such as tendonitis or bursitis, Achilles tendon rupture is usually treated with surgical repair. The surgery consists of making a small incision in the back part of the leg, and using sutures to re-attach the two ends of the ruptured tendon. Depending on the condition of the ends of the ruptured tendon and the amount of separation, the surgeon may use other tendons to reinforce the repair. After the surgery, the leg will be immobilized for 6-8 weeks in a walking boot, cast, brace, or splint. Following this time period, patients work with a physical therapist to gradually regain their range of motion and strength. Return to full activity can take quite a long time, usually between 6 months and 1 year.